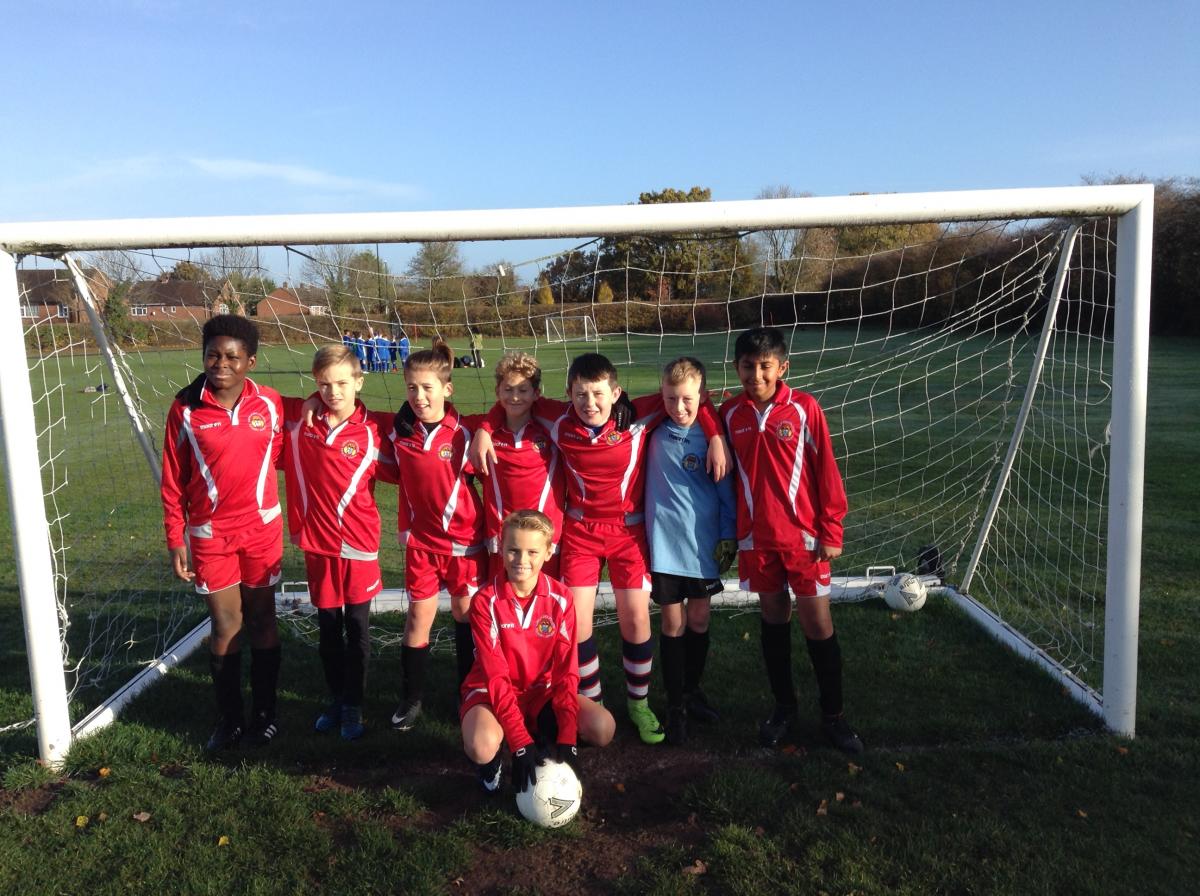 The boys football team have showed excellent teamwork this year. Its been a difficult year arranging fixtures, battling the weather and overcoming injuries.

The boys again made sure they made it through the first round of the Harry Shaw Cup but this had to be settled by penalty kicks. Ernesford held their nerve by showing courage and professionalism in wanting to take a penalty and Luke in goal saving the last penalty that led to the celebrations. Unfortunately, due to some key injuries the next round was our final match in the cup as we lost 1-2.

The league games had to be settled in a tournament at the end of the year. The boys played extremely well to beat some excellent teams coming away with 2-0 wins against Willenhall and Wyken Croft. This meant Ernesford could keep the league trophy at school!

During the Saturday tournaments, the boys beat Willenhall 3-1, in a very close match drew to Pearl Hyde 0-0 and then lost to Clifford Bridge, the eventual winners of the tournament 0-1.

In the David Moore tournament Ernesford Grange started really well in the qualifying rounds beating a very good footballing side Allesley 3-0 and a hard working Keresley 2-0. In the final Ernesford had a very tough start coming up against the eventual winners St John Vianney and drawing 0-0, then drawing to Templars 1-1 and then losing their final match 0-3 to Clifford Bridge. Ernesford finished the tournamnet in 3rd Place!