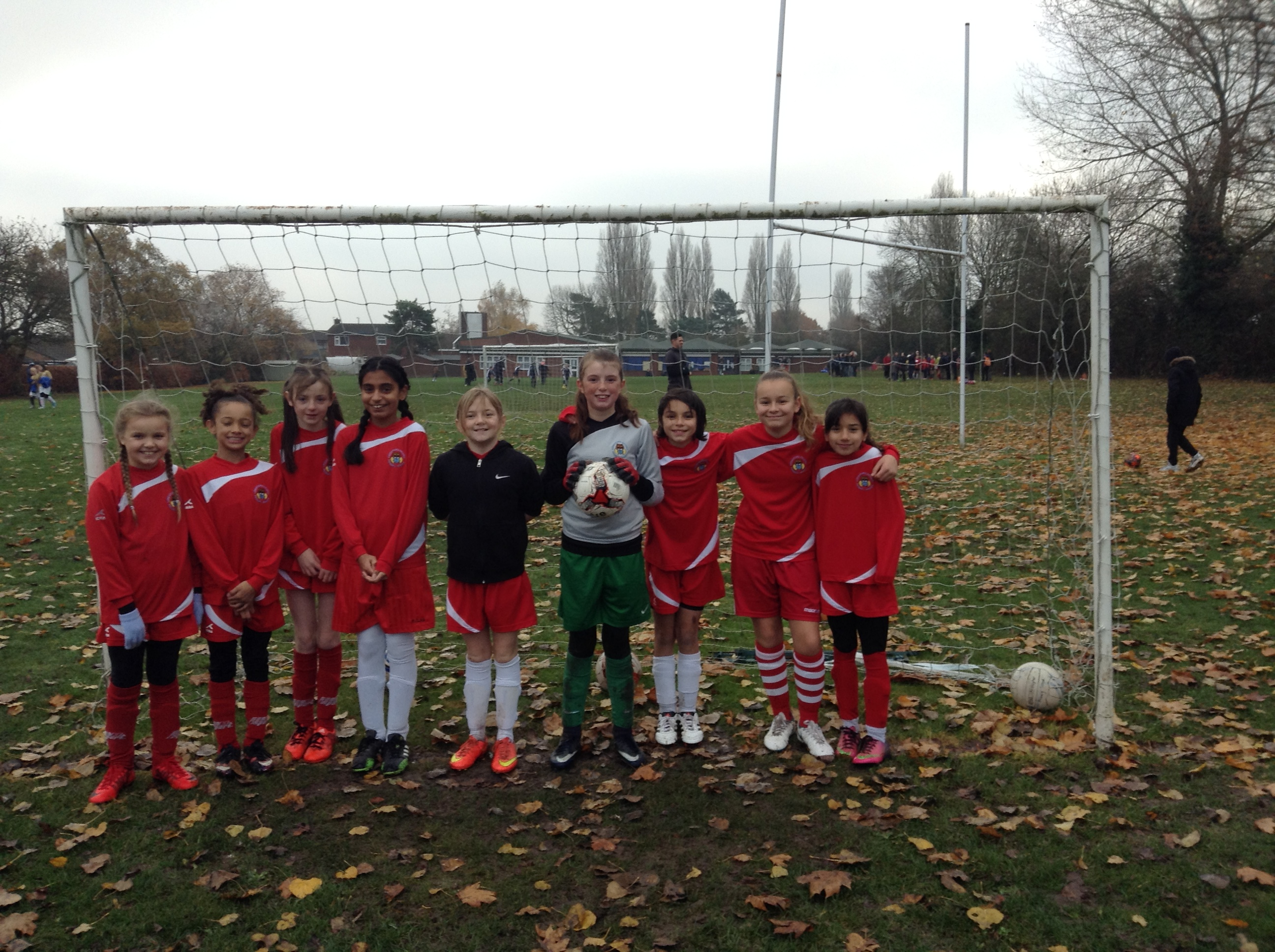 On Friday 8th February , Ernesford Grange girls went head to head with St Thomas More. The atmosphere was intense. The girls were fit and ready to play the second league game away. As the match advanced we pushed up the pitch and the atmosphere grew, our supporters cheered as our striker (Lexie) scored into the top left corner.We were up 1-0. Mr Hancock gave an inspiring and motivating team talk to the girls to keep them going at half time.

As we swapped our positions, the competition poured onto the pitch. The second half approached quickly – it was our kick off. Then it was our corner and Lexie took it, the ball flew over the heads to the back post and Zara- our winger- banged it into the back of the net. The rest of the game was a great battle but then the whistle blew.We had won the match! Mr H gave an enthusiastic speech to us.The home team chose the girl of the game… it was Zara. It was a great win due to the conditions on the pitch which were harsh to say the least!

by Lexie and Willow