What’s in the Box?

What’s in the Box?

This week in nursery we had a mystery box. The children had to put their hand in and try and describe what they could feel. Some of the things hidden in the box included marshmallows, cotton wool, soil, bark from a tree and jelly. The children thought of some great describing words including ‘slimy’, ‘squishy’, ‘soft’, ‘hard’, ‘rough’ and ‘sticky’.  One little boy put his hand into the box and thought that what was inside felt like his breakfast. It turned out to be soil! He had a good giggle when he saw what was in the box! 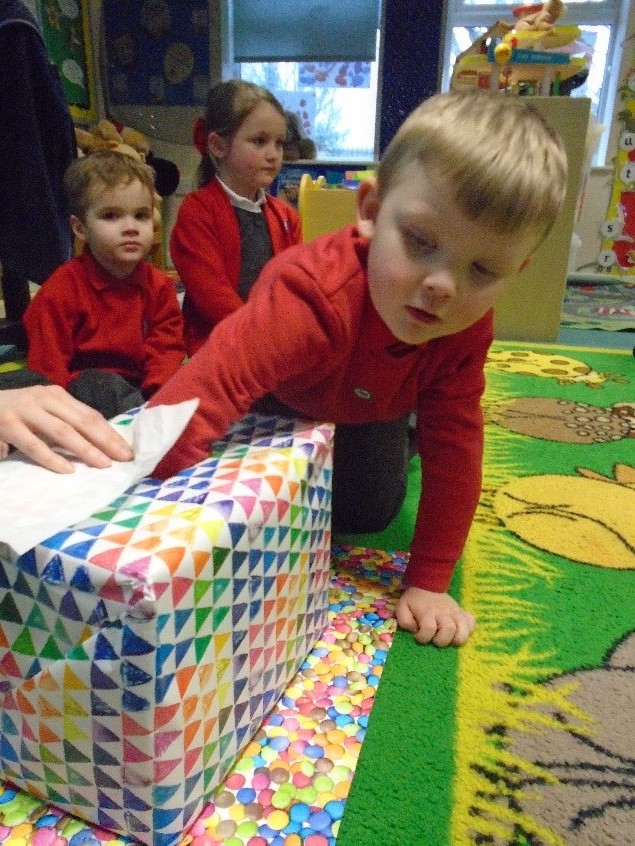