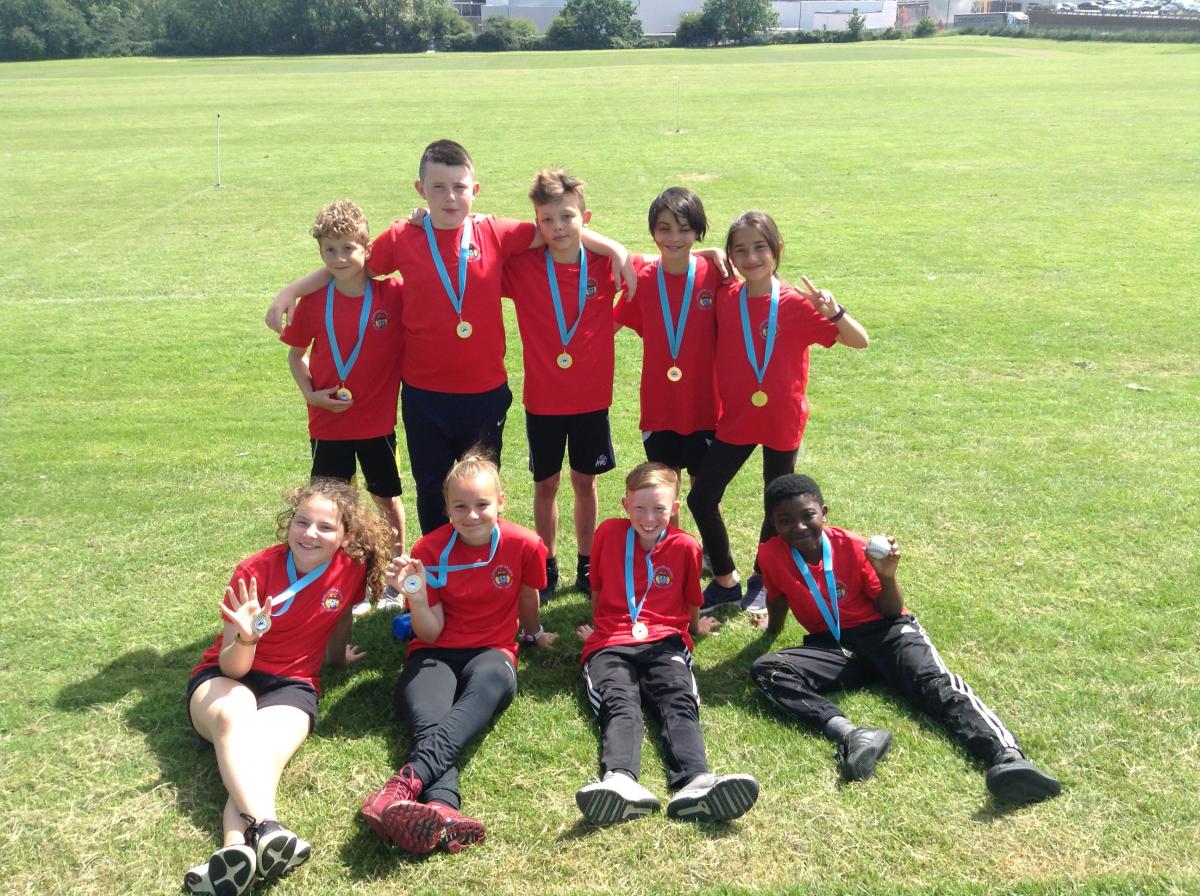 The sun is shining, it must be time for some Rounders.

This year we hosted a rounders tournament and welcomed St Barts and Grangehurst to play against 2 EGPS teams in the Level 2 qualifier of the Sainsburys`s Games.

Ernesford started very strongly in the tournament with both teams winning their opening games against St Barts and Grangehurst. The team qualifying for the Coventry East Final had a grudge match against each other. Team A were victorious this time. Team A then went through to the Level 2 Coventry East Final at Whitley Academy.

In the final Ernesford carried on the winning ways beating Manor Park and then St Laurence. In the final match Ernesford came against a very strong Willenhall team. Unfortunately, in a very close match Willenhall came away with the win. This meant 3 teams were tied on the same points. All 3 teams were given the Gold Medal and champions of the Coventry East Rounders competition.