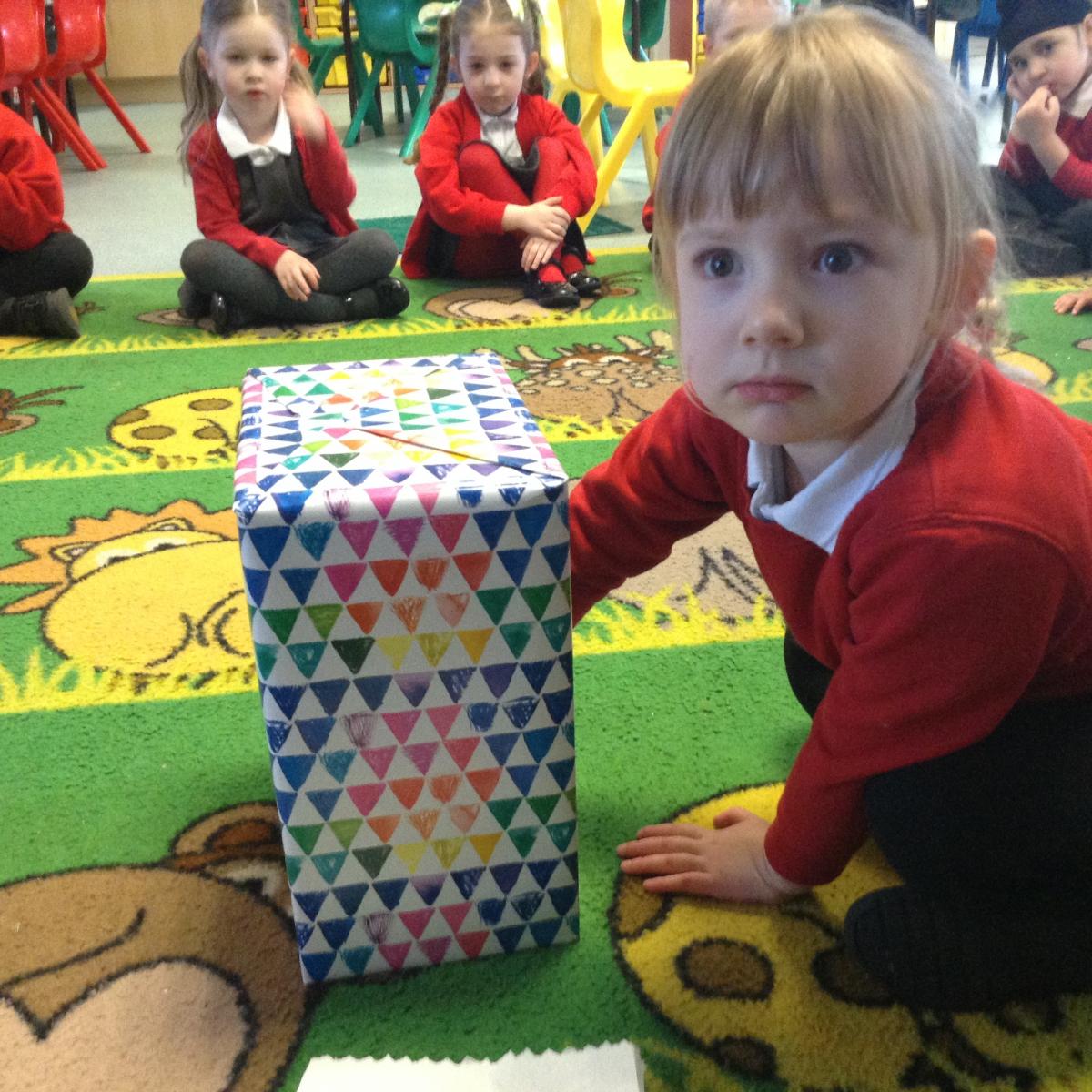 What’s in the box?

In Nursery we played ‘What’s in the box?’ Inside the box there were different things hiding including marshmallows, small stones, baked beans and spaghetti. We took it in turns to feel what was inside. We had a go at describing what we could feel. Some of the words we thought of included, ‘sticky, mushy. squashy, hard, rough and slimy’. Some of us thought the small stones were sweets! We had a good laugh when we found out what they were!